Closed within its ancient walls up to the lake promontory with its imposing medieval Fortress, in 1500 Castiglione del Lago went from being a military outpost and fishing village to a Renaissance State, thanks to the construction of the Palazzo, later becoming the seat of a Dukedom with the addition of buildings and embellishments which a Court of the times required. After the Etruscan and Roman periods, for centuries the town was the centre of disputes between the cities of Arezzo and Perugia, until towards the end of 1100 Perugia gained definite control. During the X111th century the village and castle were completely rebuilt following the orders of Federico 11, and have reached us more or less this way today. In the 1500’s the territory was conceded to the Della Corgna family and raised to the status of a Marquisate in 1563. At the beginning of the 1900’s a military airport was built in the area of what is today the Trasimeno park. Castiglione del Lago is the main tourist centre of Lake Trasimeno.

The Ducal Palace was erected in the second half of the 1500’s following the concession of the State of Castiglione by Pope Giulio 111 to the Della Corgna family, whose main representative at the time was his nephew Ascanio 1. Ascano was a military general, a strategist and military architect, and it was he who projected and supervised the initial construction of the palace which was later completed by his heirs. The important series of frescoes were also completed, dedicating those in the main room ‘La Sala Delle Gesta di Ascanio’ to his military exploits. The place was envisaged as a small reigning palace and large, luxuriant gardens were later added. It is joined to the Fortress by a suggestive covered walkway built at the beginning of the 1600’s along the external walls. The frescoes on the important ‘Piano Nobile’ level, today part of the Museum route, are almost entirely the work of Niccolò Circignani, known as ‘Il Pomarancio’. Frescoes in other rooms are dedicated to recurrent themes from the Renaissance and to Hannibal.

The Castle of the Lion (Castello del Leone) from which Castiglione takes its name, was built on the orders of Federico 11 beginning in the year 1247, with subsequent improvements made until it became an impregnable fortress. It has the shape of an irregular pentagon with towers at the four corners and a 30 metre high triangular Keep. One of the most beautiful views across Lake Trasimeno can be enjoyed from its battlements and towers. The inside grounds have been adapted for use as a natural amphitheatre for outdoor performances. 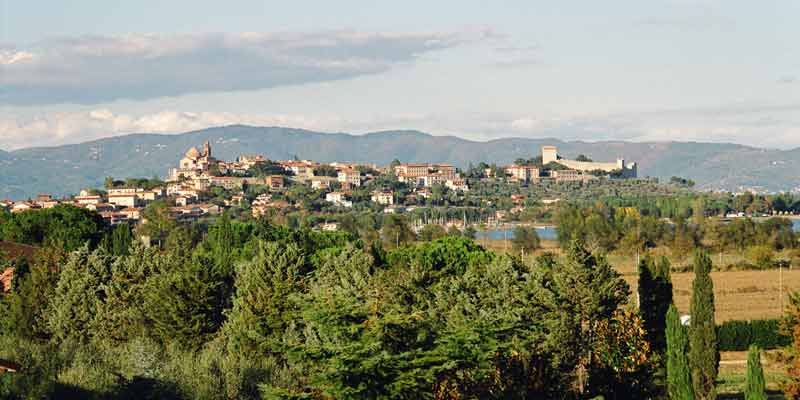 Were nature and art meet 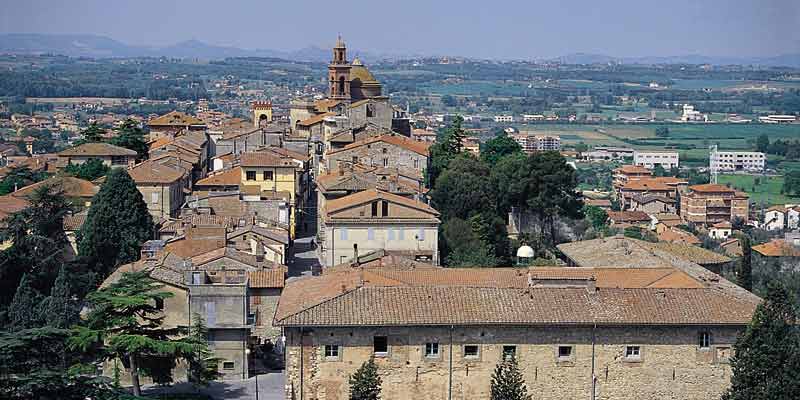 View from te Mastio of the olt town 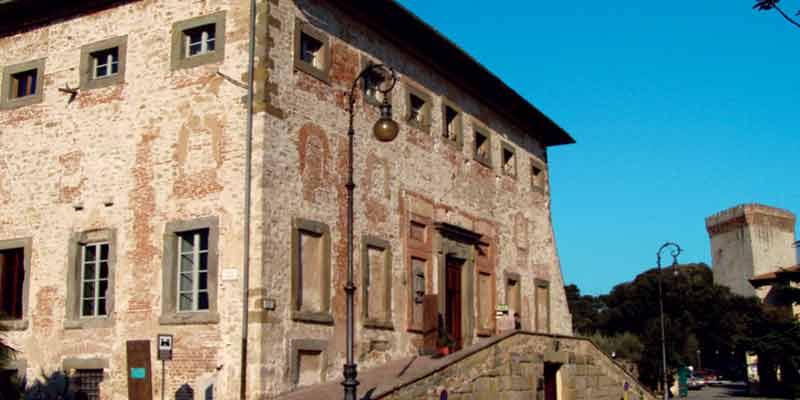 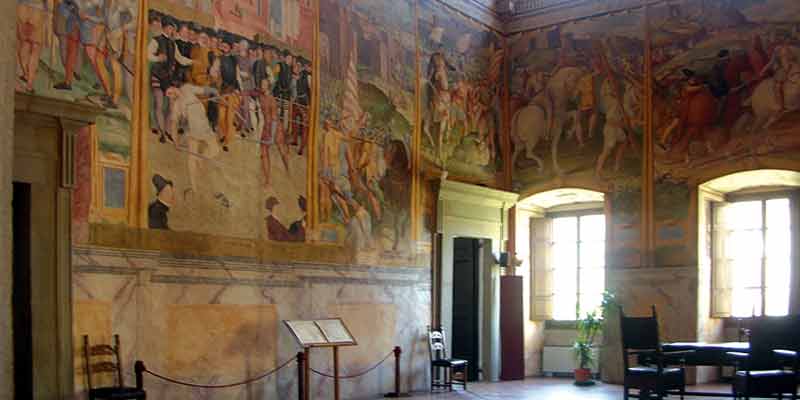 The Ducal Palace: the hall of Ascanio's deeds 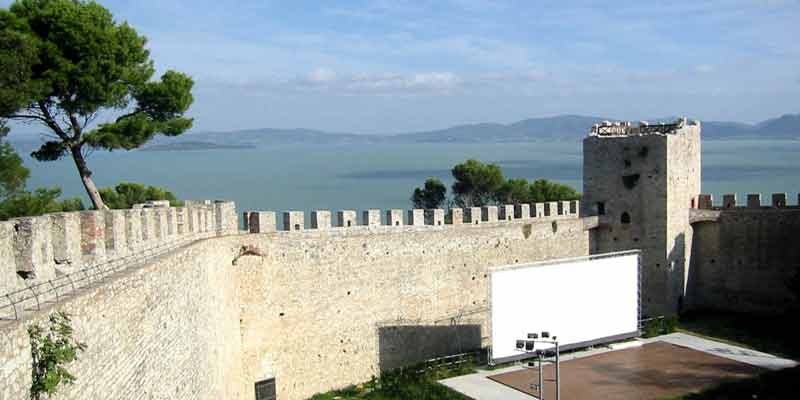 Inside the Medieval Fortress 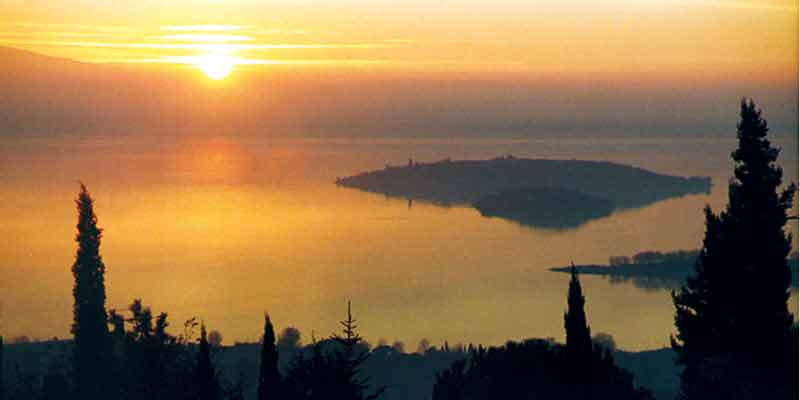 Sunset on the lake Trasimeno 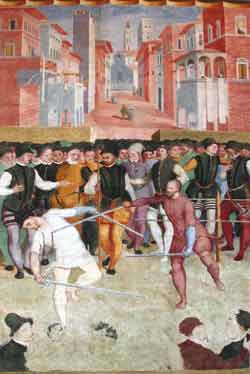 He was certainly one of the most famous personages in the Europe of the 1500’s, specialised in military architecture and engineering, a master of arms and an unbeaten swordsman, humanist and patron of the arts.
Between the years 1536 and 1571, the year of his death, he took part in many of the wars of the times, fighting under different and often opposing flags as was the custom with the leader of a troop of soldiers of fortune. His fame as a swordsman was so well known that at one time three thousand people travelled from Rome, Florence, Siena and Perugia to assist at his duel against Giannetto Taddei, guilty of insubordination, which was later fully recorded in writing and immortalised in the Sala dell’Investitura of the palace.
He died in 1571 shortly after the Battle of Lepanto where he had successfully commanded the Christian army.